On April 30 and under perfect conditions, almost 140 runners gathered in the Augarten to participate in the first edition of Journey to the End of the Night in Graz. As dusk set in, maps indicating the safe zones were handed out to the participants, who immediately started to memorize them. Some of the competitors, among them people from Slovakia, Serbia, Germany, Poland, Spain, Morocco, Columbia, Mexico or Bolivia, even prepared for the upcoming night by doing stretching exercises.

When the crowd was informed about the fact that the chasers had already positioned themselves along the route, a loud groaning could be perceived among them. Shortly after that, the starting signal was issued. While some runners started their Journey with a sprint, the others preferred to take it easy and thus first opened their beers.

Soon, screams could be heard, as the first runners had run into a group of chasers before reaching the first checkpoint at Felix-Dahn-Platz, where the survivors were able to get some rest. At this checkpoint, the runners were supposed to complete the sentence “Before I die, I want to…”. The most frequent answer was “live”, many others wished to travel the world or at least a specific, distant country. In contrast, “rape a unicorn” was probably the most surprising reply. The second checkpoint’s task was called “Shots!” and required the runners to fill a shot glass with water only by means of their bare hands. This checkpoint, which was located at the big water fountain in the Stadtpark, turned out to be many runners’ undoing since the chasers cold-bloodedly took advantage of the bad lighting and the many hiding spots at Stadtpark. Therefore, this checkpoint meant the end to lots of runners and the number of chasers kept growing and growing.

Merely half of the original runners made it to the third checkpoint at Hasnerplatz, where the “Magic Carpet Ride” demanded them to exercise the last few muscles which had been spared up to that point. The fourth checkpoint at the Universitätsplatz was surrounded by chasers and thus ended more or less in a massacre. The runners, who actually made it into the safe zone, were merely required to tell a passable joke – however, surprisingly, this task turned out to be the hardest one for many participants. Not only because the rather bad jokes required the checkpoint-agents a few bottles of South Styrian wine to rate them as acceptable, but also for other reasons this checkpoint turned out to be the most amusing one of the night.

The route between the university and the Herz-Jesu-Kirche was swarming with chasers, which is why running duels could be observed at nearly every corner. Some runners were mercilessly caught by chasers just a few metres before arriving at the safe zone around the church. Those 21 runners, who successfully made it into the last safe zone, were drenched with sweat, but also just as happy that even the last nerve-wracking task “Movin’ On Up” was not able to keep them from smiling. (5 runners passed the last checkpoint after it had been closed and received their last stamp at the After-Show Party).

Luckily, many other participants joined the subsequent party, where loads of crazy stories were exchanged and where everybody got the chance to narrate their personal Journey to the others. The best runners and chasers were celebrated under wild applause, but in light of the great atmosphere and the numerous lucky faces, all participants of the first Journey to the End of the Night in Graz turned out to be winners.

WE WOULD BE HAPPY IF YOU SHARED YOUR OWN PERSONAL JOURNEY WITH US! MAYBE YOU WANT TO TELL US WHICH TRICKS YOU USED TO SUCCESSFULLY ESCAPE THE CHASERS OR HOW YOU’VE MANAGED TO ENCIRCLE THE RUNNERS WITH YOUR CO-CHASERS? WRITE US A MAIL TO OFFICE@TRICKYCITY.COM AND IF YOU PREFER TO STAY ANONYMOUS, WE CAN PUBLISH YOUR STORY WITHOUT INDICATING YOUR NAME. WE WOULD ALSO BE VERY HAPPY TO SHARE YOUR PHOTOS. 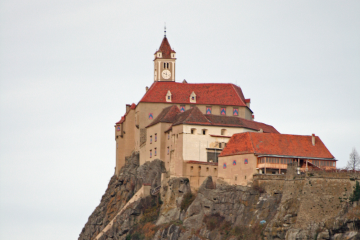 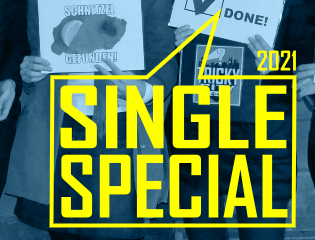 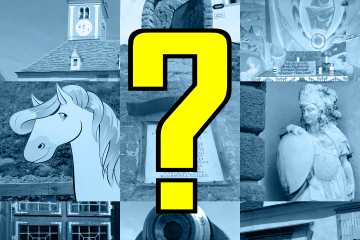